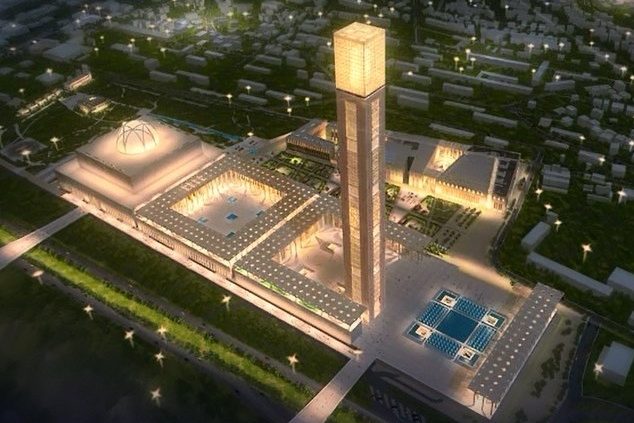 A delegation of the League of Ulemas, Preachers and Imams of Sahel countries expressed Tuesday its admiration for the Great Mosque of Algiers, describing it as a « huge project meant to be a citadel of moderation in Africa and the Mediterranean. »

In a visit to the Great Mosque of Algiers project, the members of the delegation said the mosque was among « the greatest religious projects worldwide. »

It is « meant to be a citadel of moderation in Africa and the Mediterranean » they added.

The Senegalese representative at the League said the mosque « will be a beacon of knowledge and a religious centre for Africa and Europe given its strategic position and the resources made available for its building ».

Chadian representative stressed Algeria’s efforts « for the consolidation of the moderate religious position in the Sahel region and Africa » . The new mosque of Algiers, he said, will have an outstanding impact and will be a favourite destination for the Ulemas of Sahel and Africa.

The League’s secretary general, Youcef Belmahdi, said “the huge project reflects Algeria’s and position in favour of the values of cooperation tolerance. »

Algiers Grand Mosque, »citadel of moderation » in Africa & the Med...