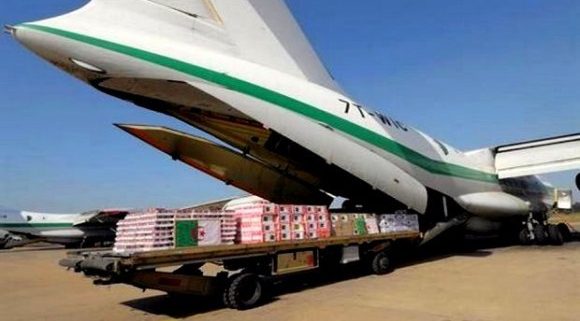 The Algerian government has sent, on June 19th, 30 tons of humanitarian aid to the neighboring populations of Libya in the municipalities of Ghat, Oubari and Ghadames.

As a response to the calls of emergency aid formulated by the United Nations, the Algerian government has decided, in 2016, to send many humanitarian aids to Libya : 30 tons of foodstuffs, 18 tonnes of pharmaceuticals and medical equipment, 20,000 liters of diesel fuel for hospitals in Ghat and Oubari, which are experiencing difficulties due to power cuts.

This new aid comes and is part of similar operations that Algeria has, already, conducted to meet the needs of the populations of these municipalities.

In 2014, the Algerian Red Crescent provided nearly 200 tonnes of food aid for the victims of the tribal conflict in southern Libya. The food convoy included milk, legumes and children’s supplies.