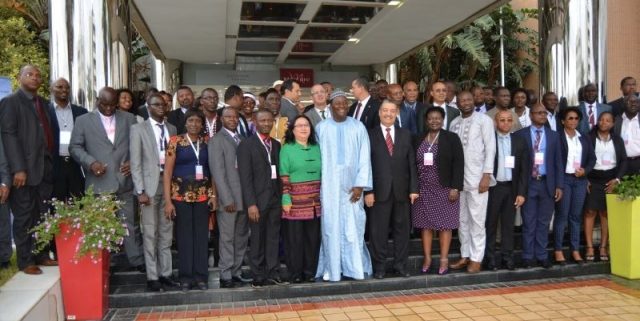 Brazzaville/Algiers, 10 October 2016 – Tobacco control experts from the WHO African Region have begun a 4-day meeting in Algiers, Algeria, to review progress in the battle against the devastating consequences of tobacco use.

The meeting, organized by the WHO Regional Office for Africa in collaboration with the Government of Algeria, has attracted delegates from 45 countries, experts in tobacco control and civil society representatives. Participants will deliberate on the key issues in tobacco control that will be in the agenda of the seventh session of the Conference of the Parties (COP7) to the WHO Framework Convention on Tobacco Control (FCTC), scheduled to take place on 7–12 November 2016 in New Delhi, India.

Among the issues to be discussed is a review of the status of the ratification of the protocol to Eliminate Illicit Trade in Tobacco Products in the WHO African Region and the progress made in the implementation of the WHO FCTC.

In a speech read by Professor Bah Keita, WHO Representative in Algeria, on behalf of Dr Matshidiso Moeti, WHO Regional Director for Africa, Dr Moeti welcomed the strong participation of countries and partners in tobacco control in the Region. She also thanked the Government of Algeria for hosting the meeting in Algiers.

Dr Moeti declared about the tobacco industry: “We must tell them in no uncertain terms that our resolve is solid and we shall implement the Convention until tobacco no longer imposes any threat to mankind.”

Speaking at the meeting, Mr. Abdelmalek Boudiaf, Minister of Health, Population and Hospital Reform said: “This Algiers meeting is a real opportunity for our Region to accelerate the full implementation of the WHO Framework Convention on Tobacco Control. It will allow us – through sharing our experiences – to identify issues and challenges in the quest to adopt a shared regional position for the COP7, and provide a tobacco control roadmap showing our commitment and determination.”

According to WHO statistics, over 80% of the one billion smokers worldwide live in low- and middle-income countries including African countries. Since the adoption of the WHO FCTC, 43 of the 47 Member States of the African Region have ratified the Convention. In addition, 8 of the 23 countries that have ratified the Protocol to Eliminate Illicit Trade in Tobacco Products are from the Region.

The representative of the Convention Secretariat, Guangyuan Liu, congratulated the countries in the African Region that have ratified the Protocol to Eliminate Illicit Trade in Tobacco Products, and called on others to follow suit. She also said that the Secretariat of the Convention was fully prepared to provide support to Parties in the African Region in collaboration with the Regional Office and WHO country offices.

Great progress has been made so far in reducing the number of cases and deaths related to tobacco use and exposure to tobacco smoke. These include implementation of fiscal policies, smoke-free environments and prohibition of advertising of tobacco, promotion and sponsorship. It is also important to note that seven countries in the Region have implemented pictorial health warnings on tobacco packages.